How an Ordinary Walk to the Mailbox Became Transformational 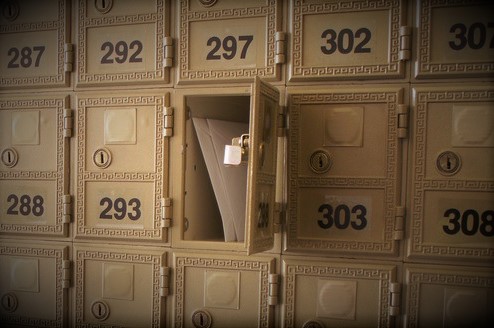 When I was a litigator, one of the biggest thrills on the job were the moments when you’d represent a client in court on a case that had the weaker argument.  You know…the ones where the odds are stacked against you, your opposing counsel is feeling pretty confident, your client doesn’t have the highest of hopes and your partners even doubt that the judge will rule in your favor.  And then you work hard and give your all to crafting as creative and compelling an argument possible and ultimately, against the odds, succeed in convincing the judge that your argument prevails.  Those were some of the most rewarding moments in my legal career – being able to deliver unexpectedly great news to your client and firm.

As a leadership coach, one of the biggest thrills on the job looks pretty different because the results for your clients are internal in addition to external.  The most rewarding moment as a coach is when you can inspire a client to think or act bigger than they ever thought possible.  It’s often what we call a “breakthrough” or “aha” moment.  It’s when you can help a client gain new insights, see new possibilities or view things differently for the first time.  Sometimes, it can be a momentous occasion for the client and other times it can happen with such subtlety that the client doesn’t even realize it’s happening. These “breakthroughs” can happen early on in the coaching, later or even after the coaching engagement has ended.

What’s even more rewarding is when you can inspire others when you least expect it.  The other day, I walked over to the mailroom in the building where I live and ran into one of the building employees, who happens to be from Haiti.  We began chit chatting with one another talking about the holidays and catching up.  Then we were discussing different languages and cultures and I mentioned to him that my business partner, Yuliya LaRoe, is originally from Russia and moved to the States when she was in her twenties.  His mouth dropped open when I told him that because he has met Yuliya before and knows how perfectly she speaks English as if she was a native speaker.  He told me he was shocked because he was sure she was born here by the way she spoke.  I explained to him that when she moved here, she made it her own personal challenge to master the English language and American accent.  Obviously, this is not important to everyone, but to her that was her personal goal and she worked extremely hard to achieve it.

He was beyond impressed that she moved here so late in her life and was able to achieve that kind of command of the language.  He couldn’t get over it and said to me, “Wow.  I am so happy that I bumped into you because I learned something today.  I learned that with determination, what you can achieve is limitless.”  His deeply profound comment caught me off guard as I did not realize how much this story moved him and I immediately got goose bumps.  He went on to say, “Seriously, you got me thinking. This is one of the best days of my life.”  At first, I chuckled because I thought that he must be joking or exaggerating, but he stopped me and said he was dead serious.  Something I kind of took for granted was a transformational moment for him.  Yuliya, someone he had met, represented living proof to him of how something he’d consider impossible was indeed possible.

This unexpected encounter got me thinking about how too often we aren’t playing or thinking big enough in our lives.  I began reflecting on where I can play bigger in my business in 2017.  As you reflect on your last year and look ahead into 2017 with lots of hope and new goals, do you suspect that you may be playing “too small”?

How do you know if you are?  Well, your gut never lies.  If you hear a voice inside of your head that is questioning something like “I wonder if my doing ‘xyz’ is an example of me not playing big enough?”, then yes, that’s true!  Or sometimes, it may sound something like, “I really wish I could finally get a handle on ‘abc'”, or maybe you’re worried that you don’t want 2017 to be a repeat of certain things in 2016, all of which are also signs that you can play bigger.

The beginning of the year is a wonderful time to reflect, take stock and push yourself beyond what you think is even possible for you.  You will surprise yourself by what you can achieve.

Here’s to your incredible success!
– Marla

If you’re wondering how we might be able to help you play bigger in your business development or career, click here today to sign up for a complimentary strategy session to learn more!

YES, TELL ME HOW!